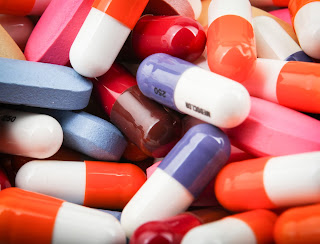 In Massachusetts and other states and regions, opioid-based addictions have touched nearly every family, employer, community and school. Opioid-based overdoses occur on a daily basis. There were over 1500 opioid-based deaths in 2015. For compelling statistics, read these reports:  http://www.mass.gov/eohhs/gov/departments/dph/stop-addiction/current-statistics.html.

Recently, fentanyl has surfaced in the addiction community and is proving to cause more overdoses or deaths. Fentanyl is a powerful synthetic opiate analgesic similar to but more potent than morphine. It is typically used to treat patients with severe pain, or to manage pain after surgery. It is also sometimes used to treat people with chronic pain who are physically tolerant to opiates. At first, heroin was cut with fentanyl, but it appears that fentanyl is being sold independent from heroin. Users do not know the difference as the appearance of the two is similar.

Opioid-based addictions often occur as a result of the use of prescribed medications for pain management, usually after someone undergoes surgery. These medications include, but are not limited to, codeine, fentanyl, hydrocodone/acetaminophen, methadone, morphine, oxycodone, and naloxone. Since prescriptions are limited, users often turn to purchasing pills on the street and subsequently, when they become too expensive, turn to heroin/fentanyl. Most users do not begin use heroin/fentanyl intravenously, but rather will snort or smoke the drug. Intravenous use, however, is almost always likely to follow.
The afflicted come from all walks of life. Opioid-based addiction does not discriminate. Gender, age, social status, education, employment do not matter. Addiction leads to loss of friends, family, employment, housing, finances and, in the worst-case scenarios, liberty. Most users use more to prevent illness (detoxification without supervision can be deadly) and less to ‘get high.’

If you or a family member, co-worker, classmate or friend suffers from this addiction, which is an illness and a disease, you may be able to help:

•    Get professional help from a doctor.
•    Enroll in long-term treatment that includes medically-supervised detoxification.
•    Join a support group.
•    Consider civil commitment under MGL c.123, s.35.
•    If criminal defense is necessary, be sure to have competent legal representation.

Posted by Unknown at 9:56 PM No comments: