Why Quality Representation is So Important in an OUI Case

When charged with an OUI / Operating Under the Influence, either drugs or alcohol, you need quality legal representation. Breathalyzer tests are used in Massachusetts to measure the amount of alcohol in a person’s blood. There is no test for drugs and officers rely on their knowledge and experience to ascertain whether someone is under the influence of drugs. 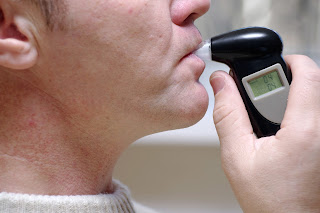 A driver’s blood alcohol content (BAC) must be less than 0.08% to avoid an OUI charge. At Tourkantons & Delaney, we advise our clients and potential clients to refrain from taking the test – both the portable and the one at the station. We also advise our clients to refrain from answering any questions asked by the police. Any responses and results WILL be used against you. It’s better to refrain than be arrested and charged than to give up evidence and be arrested and charged.

If you have been charged recently, you should be aware that of the controversies around the BAC testing machines. Government officials have been intentionally withholding information involving flawed breathalyzer tests. Consequently, the courts are prohibiting such evidence from being used against defendants. In some cases, the charges are dismissed outright or defendants’ cases become much stronger and are worthy of going to trial. Possibly 58,000 or more cases could be affected.

If you are a Massachusetts resident who was recently subjected to a breathalyzer test, contact our office.

A new and powerfully lethal illicit drug is claiming lives and compounding the problem of the opioid epidemic in New England. The drug has been responsible for hundreds of deaths in Massachusetts since the summer of 2016. Law enforcement and healthcare workers are seeing additional overdoses and opioid-related incidents involving this new cocktail. 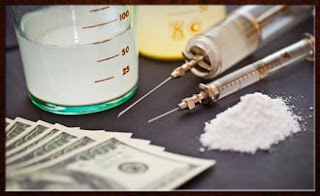 The drug is meant for large animals and is very deadly in humans. The drug must be handled with a lot of caution. Only 13mg of it is enough to bring down an elephant which weighs more than a few tons. Inhaling the drug is enough to cause serious complications, seizures and death. The drug can also be absorbed through the skin with deadly effects.

On the streets, the drug is used to increase the potency of illicit substances such as cocaine and heroin. It is difficult to distinguish it from drugs such as heroin and fentanyl. It has a milder effect on those who have developed tolerance for other opioid drugs, but can still be fatal to anyone who takes it.

The drug is used to lace fentanyl, heroin, and cocaine because it’s potent and not easy to detect. The drug requires nearly five times the antidote used for heroin and fentanyl overdoses to treat. It has proved to be a challenge for drug enforcement officials and health workers who are trying to contain the problem and provide medical care for those who have been exposed.

Boston law enforcement was made aware of the appearance of the drug in Ohio. By the end of 2016 about 400 cases of seizures had been documented there. Reports of Carfentanil seizures were documented in Europe in the last decade. However, the first reports of overdoses and deaths started appearing in the midwestern US before spreading to other parts of the country.

The main supplier of the drug, according to authorities, is China. Some manufacturers have been selling their products online. A report from Associated Press from 2016 showed that 12 Chinese manufacturers were selling the drug and were willing to export it to buyers in the United States. According to the Associated Press, most of the Chinese suppliers were selling a kilo of the drug for a few thousand dollars.

As of March 2017, China decided to ban the drug. Authorities believe that the ban can help limit the availability of the drug and make it harder for smugglers to bring it over to the US. The DEA welcomed the ban and termed it ‘a game changer’ and stated that they expect the number of seizures to reduce significantly. When China decided to ban 116 synthetic drugs in mid 2015, the number of overdoses in the U.S. decreased significantly. If you have been arrested for possession of opioid or carfentanil in Massachusetts. You should speak with an experienced drug defense attorney and seek counseling for possible addiction.