Should I Take The Breathalyzer Test? Massachusetts DUI Laws

Prior to the enactment of Melanie’s Law, drivers thought it was best to submit to field sobriety tests (FSTs) and a breathalyzer if they were stopped for a suspected OUI. As a result of Melanie’s Law, refusing the breathalyzer results in an automatic 180-day loss of license (LOL) with no eligibility for a hardship license. While this seems harsh, it limits the evidence the Commonwealth / prosecution can use against you at trial. Likewise, invoking your right to an attorney when an officer or trooper begins to question you beyond asking for your license and registration, limits the evidence that WILL BE used against you at trial. For example, officers suspecting a driver of OUI will ask whether you were drinking and/or how much did you drink. If they don’t like your answer, they’ll ask you again. If you answer with anything other than, “With all due respect, officer, I prefer not to answer your questions without my lawyer present,” you will have made admissions, whether truthful or not (e.g., “I only had two beers”), and they WILL BE used against you. 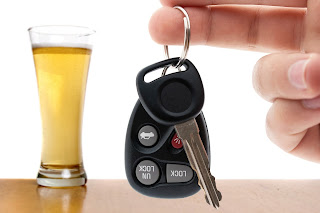 If the arrest is likely to happen by invoking your right to have an attorney present during questioning OR because you’ve honestly answered the officer’s questions, submitted to FSTs and took a breathalyzer, WHY give the Commonwealth evidence that WILL BE used against you? Losing your license for 180 days for invoking your right to an attorney is much cheaper and less risky than giving up evidence that WILL BE used against you and will likely end with a Guilty conviction or one-year probation (which, without an attorney, costs upwards of $2,500!).

Should I Take The Breathalyzer Test?

Since Melanie’s Law, my advice is to NOT take the breathalyzer, submit to FSTs or answer the officer’s questions (except to request an attorney). This way, the Commonwealth has very little, if any, evidence to use against you. With limited evidence to use against you, the matter could be cleared up sooner than later, perhaps even within the 180-day loss of license period. Without evidence to use against you, the Commonwealth / prosecution will likely be unable to proceed at trial and the result could be an outright dismissal. The cost to you? Much less than $2,500 because there will be no trial, no probation services fees, no statutory fines and fees or alcohol education course to pay for. Finding a good criminal lawyer in Massachusetts who is experienced in DUI law can help you fight your case.

Massachusetts’ auto insurance companies and the Registry of Motor Vehicles (RMV) established and control the Safe Driver Insurance Program. The program allows insurance companies to issue surcharges or discounts on insurance premiums based on your driving record. A good driving record means discounts. A bad driving record means surcharges which are imposed for successive years. Your license can be suspended indefinitely if you continue to amount surchargeable events. Surchargeable events include any moving violation for which you are found responsible (e.g., speeding) or convicted (OUI). Also, if your insurance company pays more than $500 to settle a matter, you will be assessed a surcharge.

Posted by Unknown at 9:13 AM No comments: